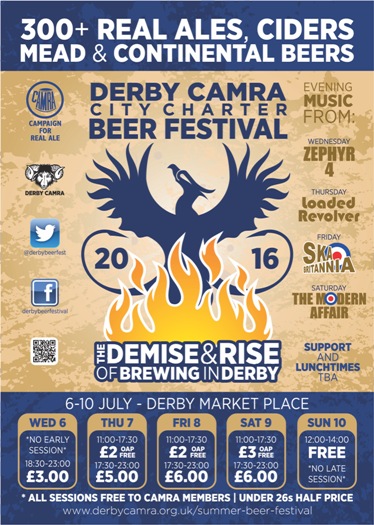 Last weekend saw the Derby city charter beer festival take place in a marquee in Derby market place. Despite the typical British summer weather a great time was had by all. Among the wonderful beers available to sample was Offilers’ best bitter brewed by Heritage Brewing Company.

Offilers’ was a significant Derby brewery which dominated the brewing and pub scene in Derby up until the 1960’s when it was bought out by Bass. Heritage Brewing Company have recreated Offilers’ Best Bitter by being true to the original recipe whilst brewing a very drinkable beer for the modern palate.